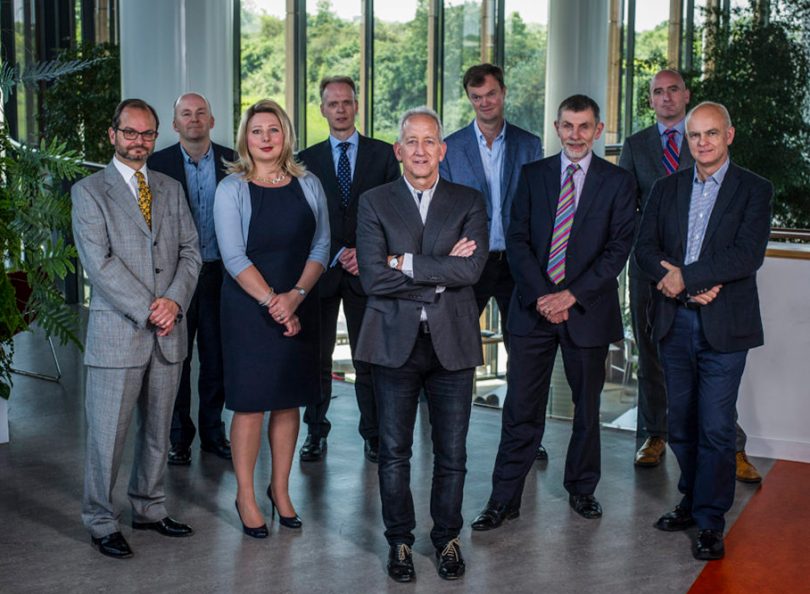 The South Wales-based, Compound Semiconductor Applications Catapult has announced the appointment of four of the UK’s leading experts in the field to its non-executive board of directors.

According to data from BCC Research and MarketsandMarkets, the compound semiconductor market is forecast to rise to £75-125bn by 2025.

The Compound Semiconductor Applications Catapult supports industry’s ability to access and exploit UK advancements in compound semiconductor technologies. Key to this is the Catapult’s work to ensure that the advancements resulting from ground-breaking UK research and development activities successfully translate into real-world commercial applications.

“Integral to its success is the intention to create an environment that accelerates product development, drawing on the UK’s leading-edge research, to address a growing global market. Each member of our board brings with them an in-depth understanding of the UK’s R&D activity as well as the specific needs of the end-user markets we seek to target. The level of insight and experience brought by the newest members of our board will be invaluable in developing effective routes for commercialisation, and solidifying the UK’s global standing in industry.”

The newest members of the Catapult board represent a cross section of the country’s leading academic and commercial compound semiconductor industry.

As the group chief technology officer of Teledyne e2v, Dr Trevor Cross brings over 30 years of commercial experience to the Catapult, which includes over ten years spent at board level. A former council member of the Particle Physics and Astronomy Research Council, Dr Cross played a pivotal role in e2v’s university engagement programs. Additionally, he previously served as chair of the Technology Strategy Board led Electronics, Sensors and Photonics KTN, and currently chairs Innovate UK’s Special Interest Group in Quantum Technologies.

Dr Wyn Meredith is director of the Compound Semiconductor Centre, a new Joint Venture between IQE Plc and Cardiff University, focussed on technology translation of research and design in compound semiconductor materials and devices. Dr Meredith is also an expert advisor to the UKs Engineering and Physical Sciences Research Council, Cardiff University Department of Physics, The UK National III-V Centre, and provides executive level advisory services to numerous SMEs in the field of semiconductor technology.

Stephen Duffy currently serves as the Commercial Director at Optocap Ltd, but will assume the position of CEO in June 2017. A technology company, Optocap offers contract package design and assembly services for semiconductor devices. Stephen was Co-Owner of Optocap Ltd and a key part of the management team that purchased Optocap from Scottish Enterprise, and later sold the company to German Multi-National TUV NORD. Mr Duffy now sits on the Executive Management Committee of TUV NORD Aerospace Business Unit.

Finally, bringing relevant experience from the public sector, Jonathan Lyle is the Chief Executive of the Defence Science and Technology Laboratory (Dstl), a government Agency which works closely with companies and universities to harness innovative science and technology for the defence and security of the UK. He is Fellow of the Royal Academy of Engineering and the Institution of Engineering and Technology and has held a number of senior roles in the Ministry of Defence.

We use cookies to ensure that we give you the best experience on our website. If you continue to use this site we will assume that you are happy with it.OkCookie Policy